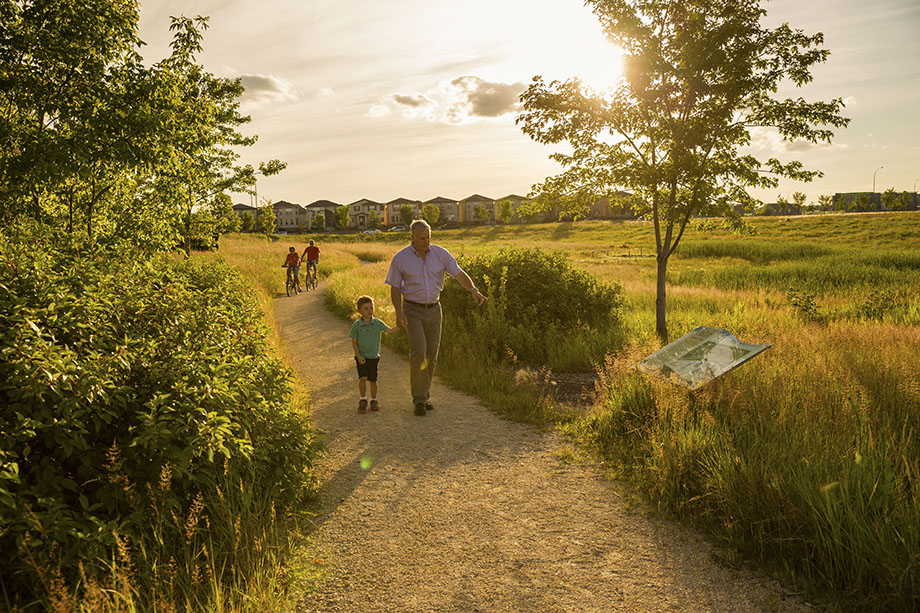 Sage Creek’s hydro corridor has transformed from a being a dull utility area into a public amenity. The space has not only been revamped for aesthetic purposes but has become an integral aspect of Sage Creek’s network of trails.

To do this, an agreement was made between Manitoba Hydro, Qualico and the City of Winnipeg. The property is private land that is owned by Manitoba hydro but Qualico was able to develop the space by creating elevation changes, placing in trails and incorporating native plants and grasses into the area. Once complete, the land is to be maintained by the City of Winnipeg as a public space although it is privately owned.

“The hydro corridor has been a huge connector between the east and west trails,” says Sarah Anderson, former marketing and communications manager at Qualico Communities. “Especially between the single family homes over to the village center, as well as it just being a really nice place to go for a walk; it has become a destination in of itself.”

Landscaping the hydro corridor has made it a better fit with the style of Sage Creek’s community. Since Manitoba has flat prairie land, elevation changes were added to the surrounding area to create different terrain. However, as per Manitoba Hydro regulations, the land where the existing and future power lines stand, remains untouched.

“When you’re going down there on your bike or walking, you sometimes don’t even know where the trail is leading you and that’s kind of neat,” says Anderson. “You have a bit of uphill and downhill which makes for a unique setting inside the city and the community.”

As development progresses, Sage Creek has gradually wrapped around the hydro corridor. At first this split the community in half but now that the trails are in place, it has become central to the neighbourhood. The Hydro corridor can now be easily accessed within minutes by walking or biking by all residents and it is not something people have to drive to in order to experience it.

When Manitoba Hydro announced that there would be additional lines placed into the station, some residents were concerned about the lack of curb appeal this would bring.

“It likely would have just been a field where you would see a tractor going through every once in a while to cut the grass,” says Anderson. “We transformed it into something that residents use on a regular basis and is better for the environment in the sense that we’ve planted native grasses that don’t need to be cut aside from being maintained on a five-year basis by the City of Winnipeg.”

Other residents had concerns about the safety of the hydro corridor and whether the extra lines would emit larger electromagnetic fields to the nearby homes.

Anderson says, “The concerns related to health are largely misunderstood; we’ve received quite a bit of information from Health Canada and from Manitoba Hydro stating that they are safe to the neighbourhood. The towers look big and scary but they’re not dangerous to people’s health.” 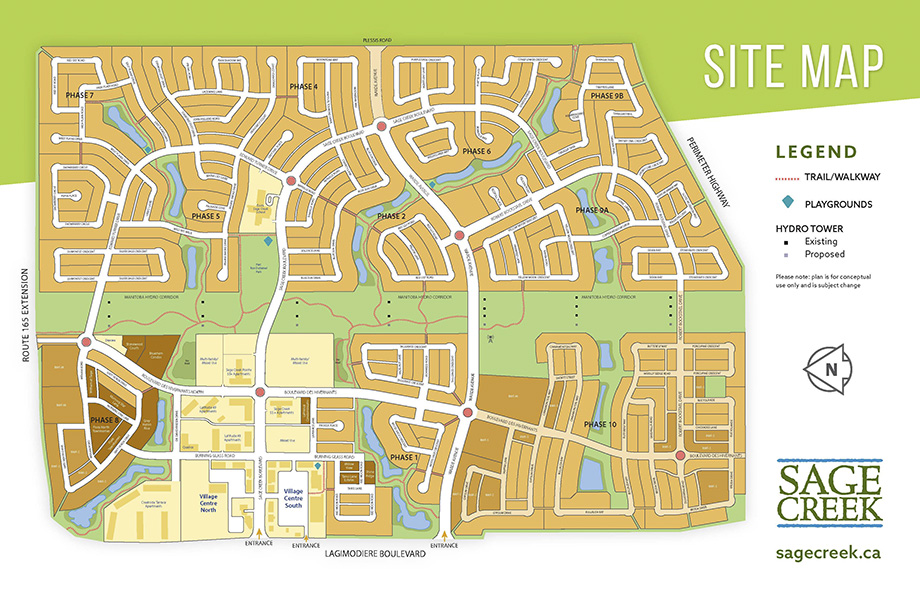