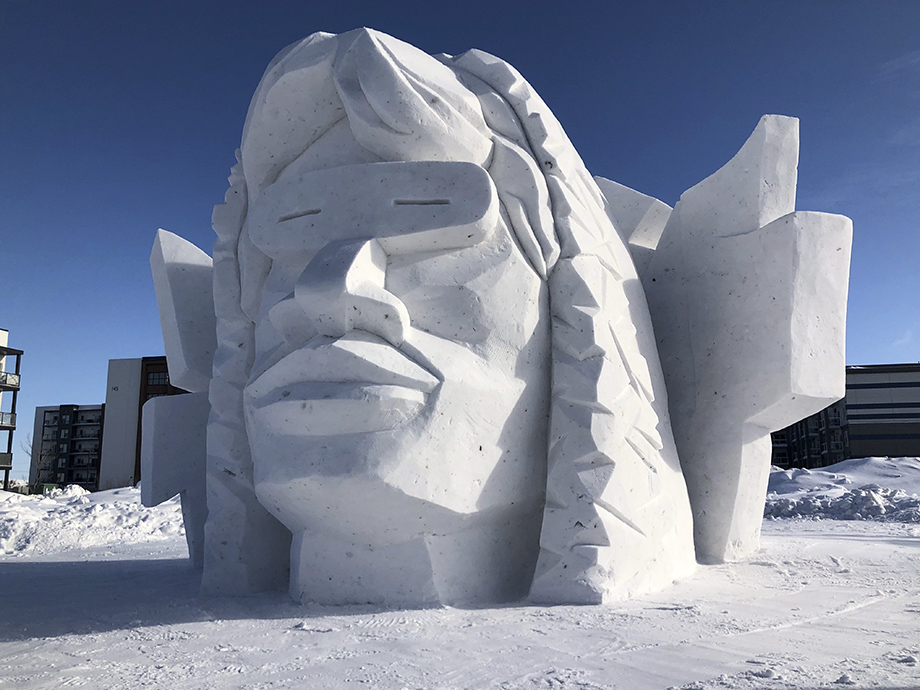 As snow gusts swirl in the winter wind at the corner of Sage Creek Boulevard and Boulevard des Hivernants, you may notice a face staring back at you. A large snow sculpture now stands in the Village Centre to celebrate Festival du Voyageur.

“She is the Queen’s representative in Canada and this year is the 70th Platinum Jubilee of Queen Elizabeth. Our team found it fitting to honour them both with an Inuit based theme,” explains MacNair. 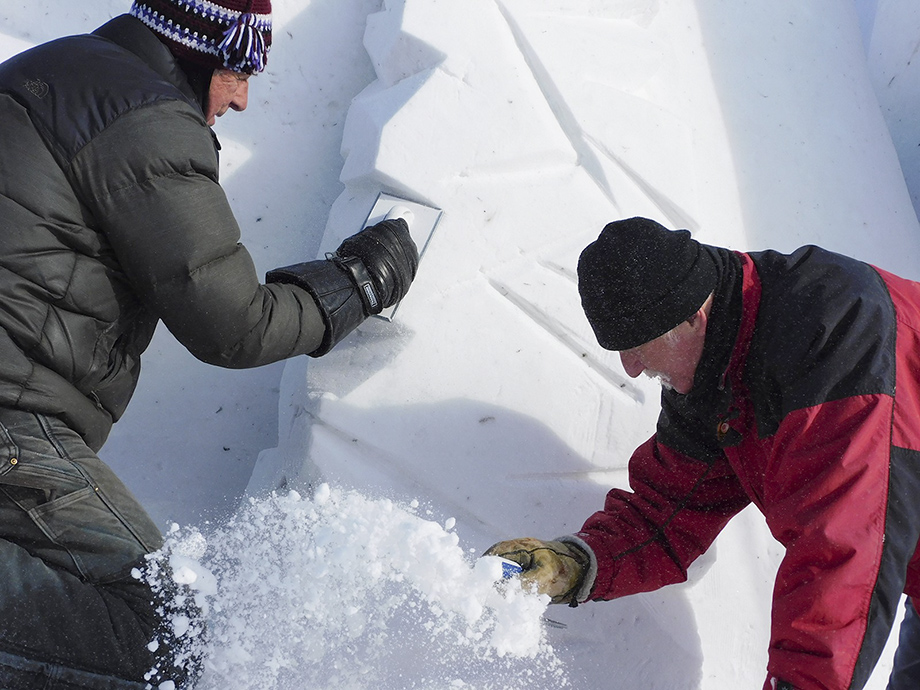 On average, a block of snow this size can take anywhere from 60 to 80 hours to complete. Iggaak took six days to create with the team working together with all tasks including concept design, roughing in the shapes, polishing and of course lots of shoveling.

“All three of us are visual artists,” says MacNair. “Besides the difference in tools, the process of carving a snow sculpture is similar to other sculptures by using the process of elimination of what is not required so that you’re left with the final design.”

“This form is different than modelling with clay which is adding” MacNair explains. 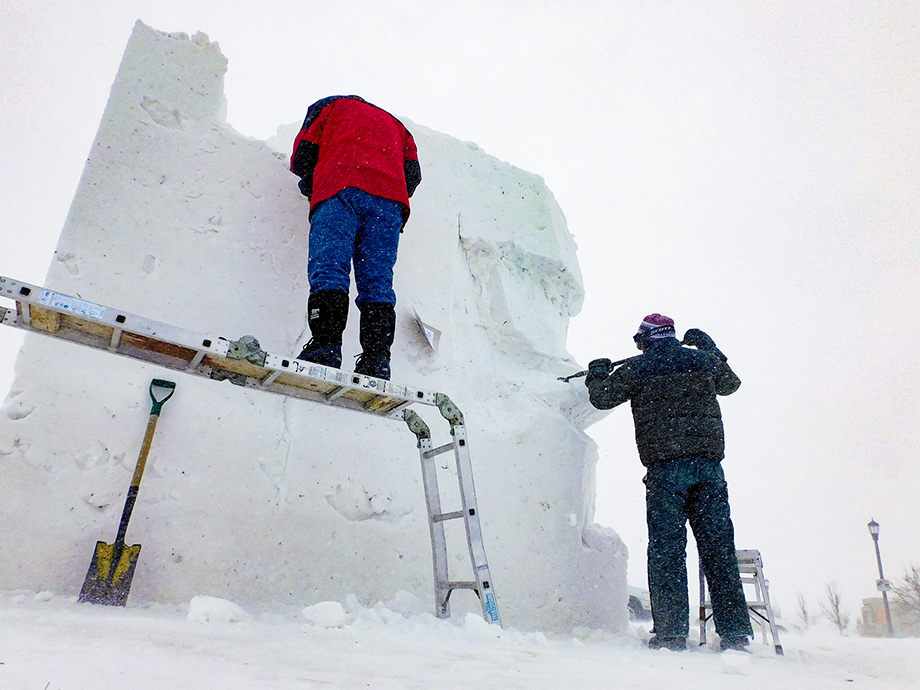 MacNair has participated in the Aurora Winterfest in Churchill Manitoba for over 12 years. Along with his friend Barry Bonham, they have taught snow carving to the students of the Duke of Marlborough school in Churchill as well.

“Spending time and meeting the people of this northern community is what inspires me about northern culture,” says MacNair. “The winters are cold, and I have a profound respect for the people of the north and their way of life.”

MacNair has designed numerous art pieces in Sage Creek including its first snow sculpture in 2007 called Les Hivernants followed by many others each winter. He has also created Sage Creek’s first roundabout sculpture called Four Winds and another called Flight with fellow artist and friend Barry Bonham. MacNair and Bonham have also designed the Village Centre North mural called L’Hivernant and the Burning Glass.

MacNair says, “We hope that people viewing our snow sculpture Iggaak, will find an appreciation for this winter activity here in Winnipeg, as well as the significance it represents for the northern people of Canada.” 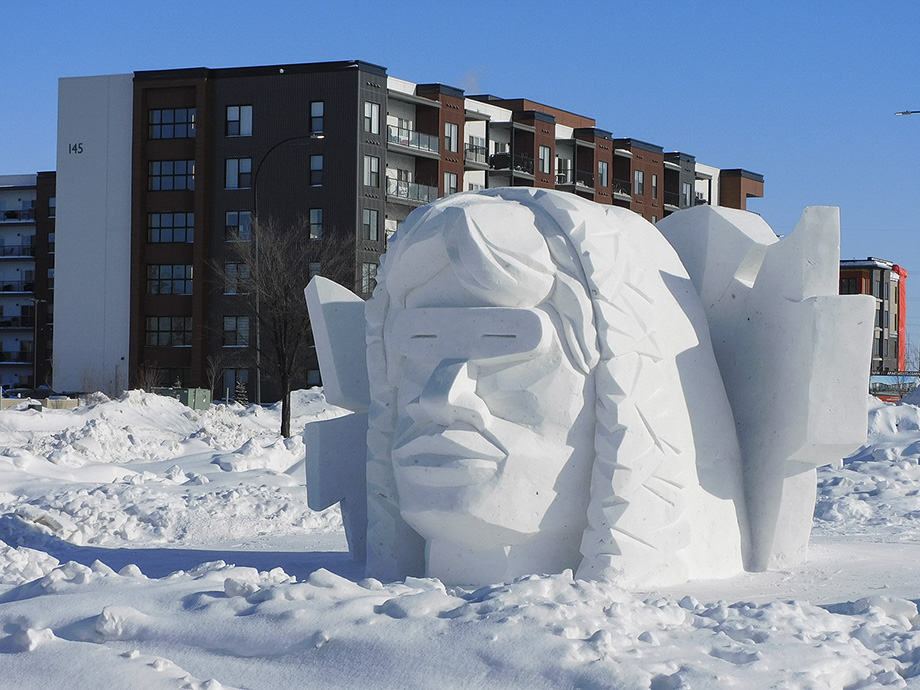